It may not come as a surprise to you that I come from a food family. That is, to be precise, a long lineage of people who love to cook, eat, and talk about cooking and eating. At 98-years-old, my Great Nana was probably the only person in her nursing home who actively critiqued the cuisine, convinced that the disproportionate amount of pasta clearly pointed to an Italian in the kitchen. Relishing with sighs and closed eyes the baked lobster and fish chowder we’d bring in, sweet little Harriet would scarf it down faster than a woman 70 years her junior and never get enough. This is the gene pool from whence my mom and I came.

Mom (we’ll call her HH) and I talk a lot of shop about kitcheny things, but I was especially intrigued when she told me about some stuffed peppers she recently made. Stuffed peppers are among those things that you know are good, you’ve always liked them, but for some reason you never think to make. Mom did the traditional pepper, with spiced ground beef, tomatoes, onions and rice, but with the addition of farro for a nice earthy twist of flavor. I decided to try my hand at a similar version that makes some basic substitutes to “Greek it up”.

The Vibe: Pseudo Greek with fun individual servings, oh my!

The Time Commitment: T minus 90 minutes (not including ingredient wrangling)

Let us know what you think... Cancel reply

Insight, recipes, and culinary tricks of the trade for the young and hungry 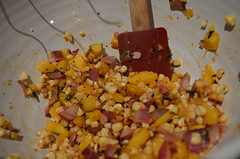 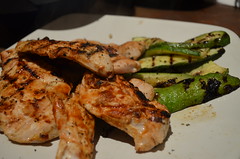 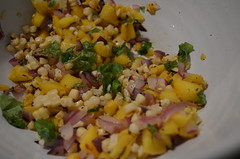 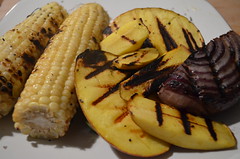 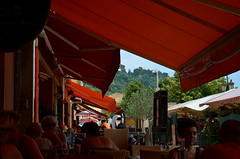 DataTribe is a new kind of startup studio

Site Title
Your name. Your voice. Your Style.
TechCrunch

A fabled land of farmers, farm shares, fancy (and not so fancy) restaurants, family meals, food projects and more.

This Pistachio is Plain

Magazine of a Storyteller... articles about world cultures, travel, and recipes with a twist and tango ♪ ♪ ♪ ...